The country
versus
The city 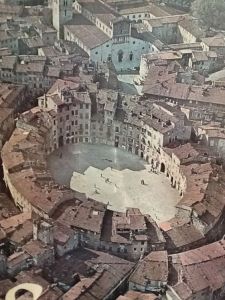 How interesting to consider that the pilgrim feels welcomed and safe in the wilderness, and an anomaly and a target in the city.
How those in the countryside will minister to a stranger in pilgrim’s clothes – feeding, first aid, a drive to a hotel or a dentist – yet those in the city will harass or rob the same person.
How in the countryside the biggest danger is a pack of wild dogs or thunderstorm, but in the city it is people.

People in the city see pilgrims as weak, as helpless, as fools – as relics of a bygone era. They are mocked at best. Assaulted or robbed at worst. They are looked at as the strangers they are and ignored – while in the country they are sought out. The best food and entertainment is provided even if they do not share a language or the same culture. There is respect, admiration.

I had thought that the country would be a problem – no amenities, no resources. A long walk without access to food, water, shelter. I must carry everything and trust in the providence and mercy of God. Yet I read that you can relax in the country as a pilgrim. It is the city where the danger lies. While it has food, water, and shelter, it also has people. Perhaps those in the city live there because they have lost faith in God – they think they must provide for themselves, while those in the country are reminded of God’s grace and mercy every day.