This is a small chapel at St. Meinrad’s.  While it looks very simple and humble, they’ve stored the altarpiece from the original Abbey here.  It is overwhelmingly ostentatious.  Fortunately it is at the back of the room so you don’t get distracted by it when there is a service here.

This is in the hallway on the way to the chapel. 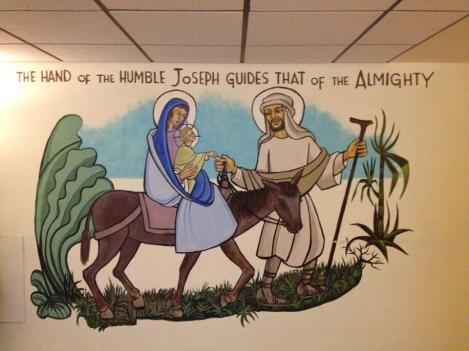 This is in the chapel itself. You enter from a raised area. Interestingly to me, there was a small hand drum to the right of the chapel.  Even though it was a silent retreat, I enjoyed playing it at one point during my time there.  There was nobody else around, and I played softly, so I didn’t disturb anyone else.  This chapel is attached to the building that has the seminary, not the guest house. 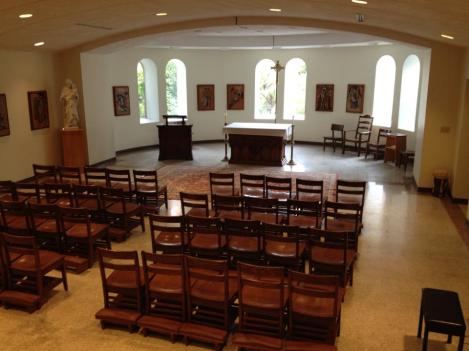 Here is the over-the-top altarpiece.  It was removed when they renovated the Abbey to make the altar no longer attached to the back wall, but in the center of the room, among the people.  That was part of a movement after Vatican 2 that tried to make the symbols of the church match the message of the church – that Jesus is among us, not hidden away, far removed. 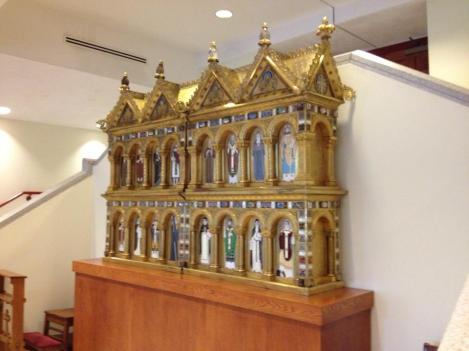 Here are some details. 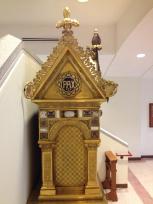 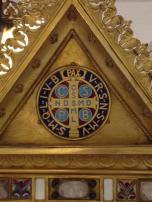 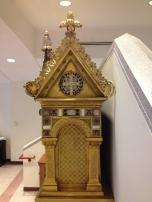 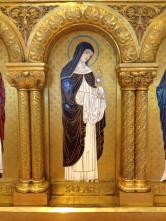 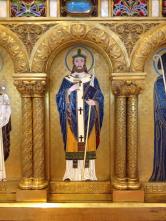 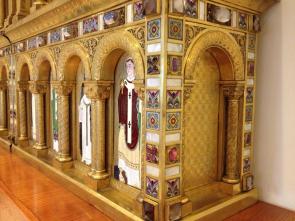 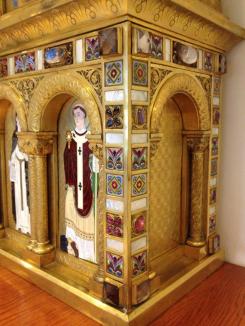 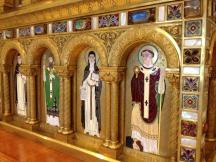 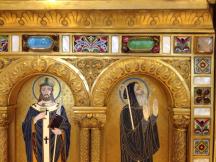 Imagine how much money and effort was required to make this.  Imagine how many hungry people could have been fed with that money and effort.  While this is outwardly beautiful, it is a direct affront to the very call of Jesus.  We are specifically not to build up treasures for ourselves here – we are to take care of people.

This is to the side of the chapel. A bit of glass has broken and is now on the music and nobody else has noticed. 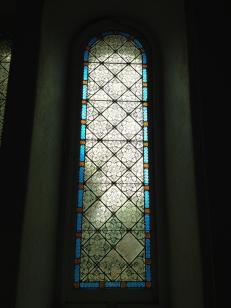 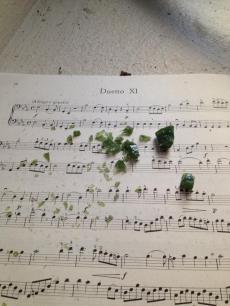 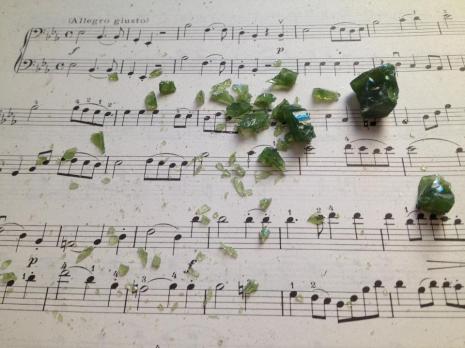 I wish that Protestant churches had guest houses for silent retreats so I could go there instead and I wouldn’t get so wound up about the hypocrisy of it all.  This place is beautiful, don’t get me wrong.  But only until all people are taken care of (no more homelessness, no more sickness, no more wars or poverty) can we even think about building places that are this opulent.  They are extras.  Money and effort has to go to following the instructions of Jesus first.  If more Christians followed Christ instead of Christianity, the world would be a better place.