I have noticed that I really am interested in houses on top of houses. Not apartment complexes, but separate houses built one on top of each other, almost randomly, stair-stepping up a hillside. I looked on Pinterest and discovered there are several such house-collections (Villages? Towns?) all across the world.

I’m not sure why I like this, since I value privacy and certainly didn’t like sharing walls with other people when I lived in a townhouse. You hear (and sometimes smell) everything your neighbors do. Sometimes the noises are very disturbing to the point that perhaps the police need to be called.

So why do I like this? I decided to dig deeper using these images.

The last picture I found was a big part of it. This is in Santorini, Greece.

Steps on the outside of a building, attached to the wall. Something very intriguing to me here. You can come and go without anyone in the house knowing. Private access. You share a house, but not a life. Not all is revealed.

Yet also part of what I like with these large collections of houses is how does anyone get home? What is the “road” and what is your neighbor’s roof? Sometimes the two are the same.

This is in Masuleh, Iran 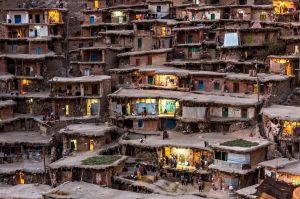 Here is Kandovan village, near Tabriz, Iran. It was constructed from a cave system.

This is in Turkey – Ortahisar. 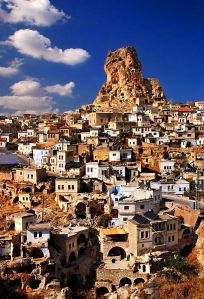 Here is El Aleuf, M’Zab, Iran. While not stacked on top of each other, it is still intriguing to me because the walls are all shared, like one house grew onto another. It looks like a nest or a hive, rather than a planned thing. More organic. 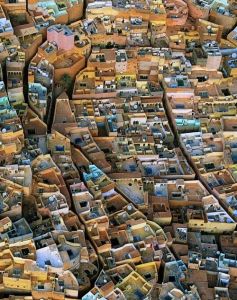 Then there are shanty towns, barrios, favelas in Brazil.

One got painted – it is Santa Marta. The people are still very poor, but at least their houses are beautiful. 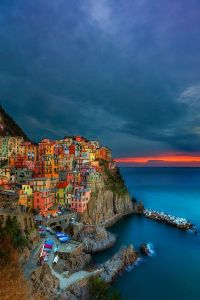 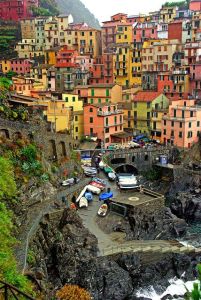 This is on the Amalfi coast, Positano, Southern Italy

These are all Santorini, Greece 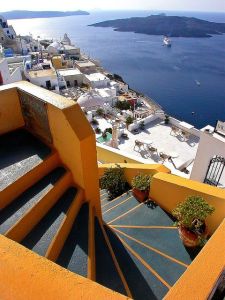 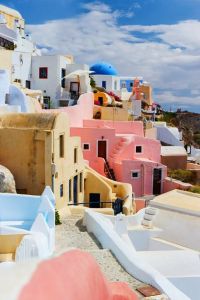 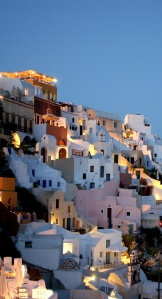 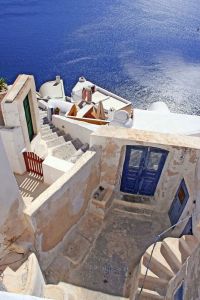 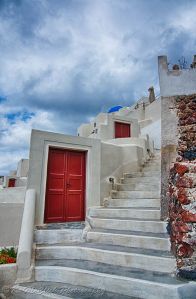 This is a Buddhist monastery, Phuktal, in Ladakh, India 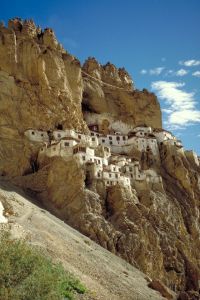 Here are some similar ideas, of housing complexes that no longer exist. They are further from the main idea, but still close enough that they say something to it. 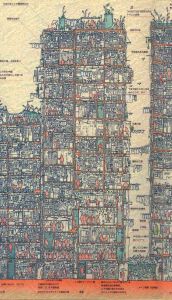 and this is Derinkuyu

How do you get home? What is it like to share walls and roofs with people? How well do you know them? Does living close create community? Or are people so close that they crave distance?

I like the ideas I’m reading about communal living, intentional communities, and cohousing.

I don’t think these are that at all. I think for most of these villages/towns they were unintentional – a lot of people wanted to live in the same place. Some had no choice – they were very poor and built wherever they could. Sharing a wall or a roof meant you didn’t have to build one. Some of these are very wealthy places – highly desired tourist destinations as well. Some are slums.

Yet they all share the same idea – shared houses, stacked on top of each other. No distinct roads or easy ways to get to your home.

Maybe that is part of the point – it is so hard to get there that you can get lost inside it, never worrying about people visiting you. You are hidden in plain sight. The very nature of it means that you have privacy, in a seemingly counter-intuitive way.

2 thoughts on “Houses on top of houses”