I was at St. Meinrad Archabbey monastery on Sunday, September 11th, 2016.

I knew that I was not officially allowed to take communion there, because I’m not Catholic.  Jesus made no such rules or limitations, but that does not seem to bother them. Perhaps the monks understand the hurtful nature of this made-up rule.  Or perhaps they think that those of us who are not Catholic are in the dark, and not deserving of this sacrament.

I’d already checked out of my room and was wandering around the grounds by this point.  I wasn’t sure when Mass would end, but I wanted to be in there afterwards to smell the incense.  I walked up to the side door and saw that it was still going on.

There is no way to sneak into that place.  The doors are very creaky and loud.  I couldn’t slip in and stand at the back and just listen.  They were at the main point, where the priest was facing the altar and saying the words that (they think) blesses the bread and wine.

God blesses it, and blesses us.  People don’t do that.  They can’t.

I sat outside, near the Mercy door.  There are windows there.  Perhaps one of the many priests there saw me, outside, sitting, listening to their ritual.

These rules of who is in and who is out are man-made.  They are not from God.

So I left, and found my own communion.  I went to the kitchen and made tea and toast.  The tea was herbal – and to my surprise, red. 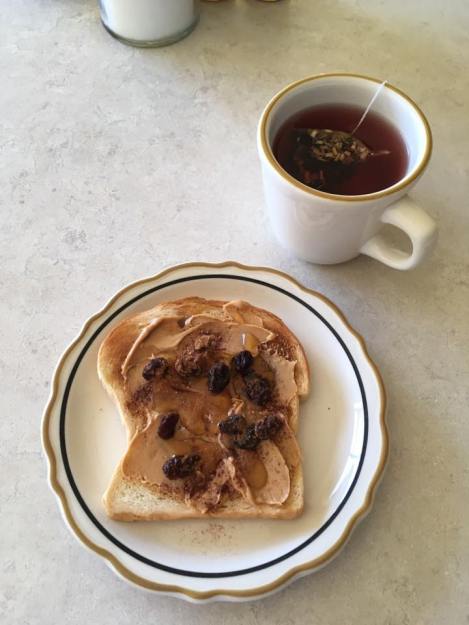 The toast was from bread the monks had made there, with their own hands.  I added peanut butter, and honey, and raisins, and cinnamon. 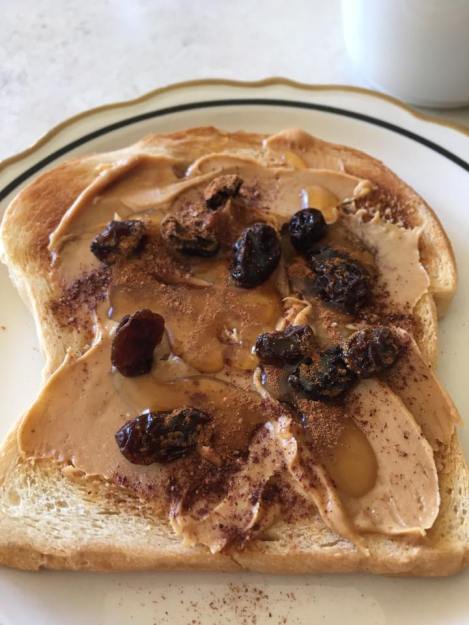 I chose to say the blessings in Hebrew, and enjoy my quiet moment with God. 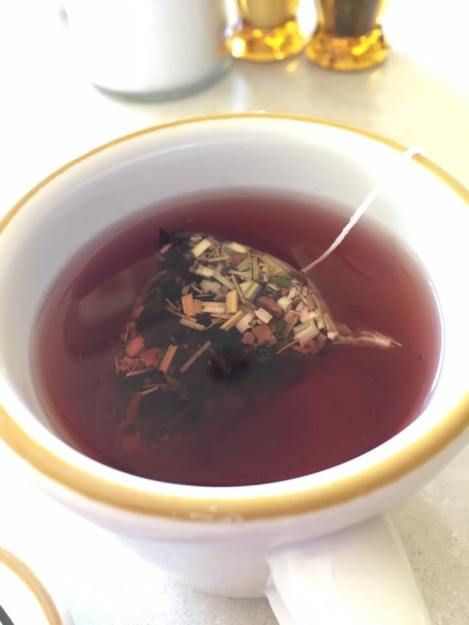